Wearable navigation device from a person with difficulty in orientation

The invention has as its object a wearable navigation device particularly suitable to suggest the exact walking path to a person afflicted by senile dementia, especially in external environments, because it can easily lose its orientation and get lost and no longer be able to return to a family place in an independent and independent way. 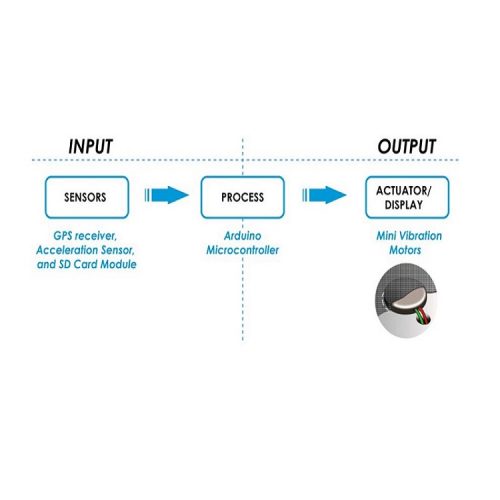 Thanks to an embodiment, it is possible to make a navigation device wearable by a person in a comfortable and non-invasive way and able to reliably drive a person along a predefined path.

The practicality due to the positioning of tactile displays provides navigation indications in the simplest way possible (turn left, turn right and move on) to users.

Many of the similar interventions carried out in the past have concerned the internal space, but this proposed project is intended to be used primarily for the exterior, in order to promote and maintain users the performance of daily activities.