The patent describes the synthesis of nanocarriers with a double lipid bilayer structure with an internal bilayer and an external bilayer or asymmetric bilayer vesicles (AVs) which are more stable than liposomes, currently used in therapy, and have better biopharmaceutical properties. The patented AVs can be used to deliver genetic materials having therapeutic activity, such as genes, double-stranded DNA and RNA, oligonucleotides, miRNA, siRNA, mRNA. The AV fields of applications are anticancer therapy, SARS-Cov-2 vaccine, treatment of genetic and metabolic diseases, and other pathologies. 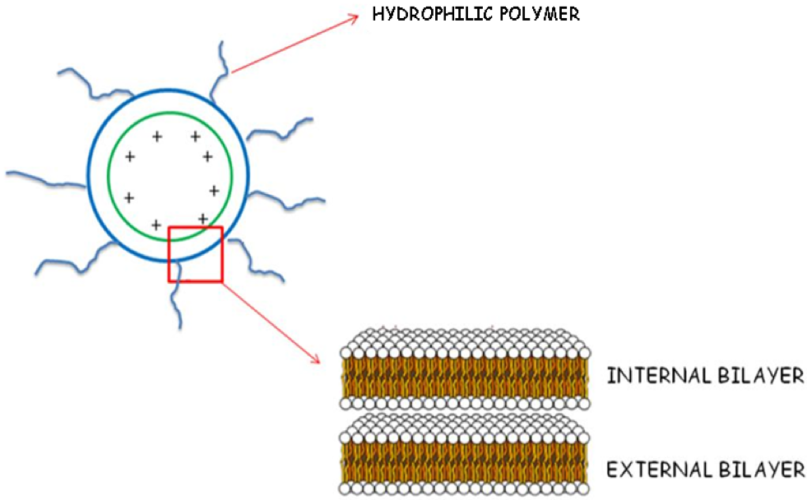 The present invention relates to liposomal systems for the conveyance of genetic material identified with the following acronym (AVs). The AVs have a structure consisting of two asymmetric bilayers formed by: i) an internal bilayer positively charged for the presence of cationic phospholipids, capable of forming electrostatic complexes with the genetic material; ii) a neutral or negatively charged external bilayer made up of both phospholipids able to fuse across biological membranes, and hydrophilic and / or amphipathic polymers conjugated to phospholipids, able to improve the stability and biopharmaceutical properties of the supramolecular system. The invention also describes a new method for making AVs, starting from two asymmetric bilayers prepared separately using the method of evaporation of the solvent with formation of the phospholipid film (TLE) and the subsequent formation of two self-assembled liposomal formulations for get the AVs. AVs can be used for the treatment of anticancer diseases, for the design of innovative vaccines for the treatment of SARS-Cov-2, for the treatment of genetic and other diseases.