The invention concerns the design and implementation of a variable steering stiffness for a passive robotic vehicle. In service robotics applications, such as robotic trolleys for elderly, the invention allows to modulate the user perceived authority: when the motion safety decreases, the vehicle authority and its stiffness increases. 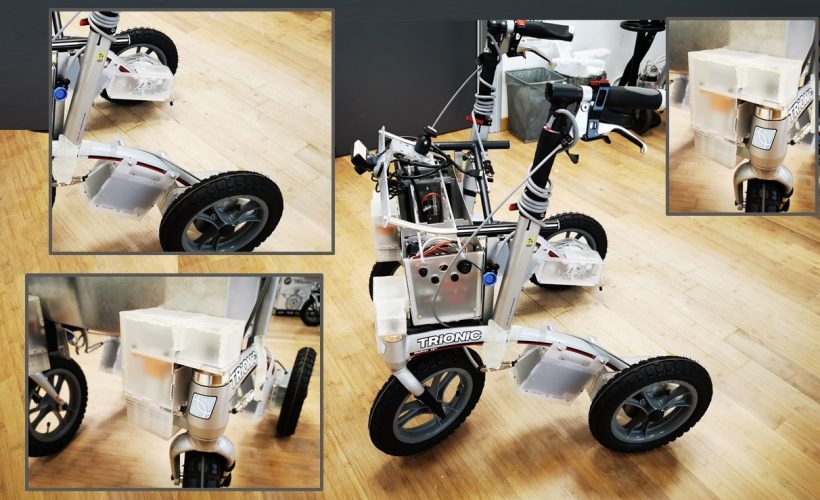 Suppose a human is moving in the environment physically interacting with a wheeled robot to get to a specific location, e.g., by following a planned path. For instance, an assistive walker (equipped with sensors and actuators) guiding a user to the desired destination or a robotic transpallet used to move goods inside a warehouse. The invention concerns a variable stiffness handling, implementing a gradual transition of the control authority from user to robotic system, and vice versa. This approach modifies the perceived physical interaction of the user with the robot based on the user behavior: if the user is close to the desired path, he/she perceives the robot as compliant (totally passive). But, the larger the distance, the stiffer the robot: away from the safe path, the vehicle is perceived as stiffer and stiffer. This is achieved by an orchestration of control, estimation and mechatronic components.