Use of KGF in the treatment of menopausal disorders

Use of keratinocyte growth factor (KGF / FGF7) and its related pharmaceutical compositions in the treatment of conditions of vaginal atrophy, dysuria, vaginal pain and / or vaginal dryness induced by a postmenopausal state, by surgery, by a pathology and / or chemo / radiotherapy treatments. The KGF can therefore replace the local therapies already in use, i.e. formulations based on estrogen. 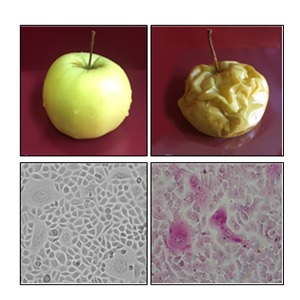 Vaginal atrophy, caused by the reduction of circulating estrogen, is generally treated with estrogen, which even if administered locally reach the bloodstream, increasing oncological risk. KGF, a known mitogen for epithelial cells, acts on human vaginal mucosal cells by crosstalk with the estrogen pathways. Topical treatment with KGF restores vaginal tropism in vivo in a similar way to estrogenic preparations, without systemic effects because it does not pass into the bloodstream. The in vitro efficacy of KGF in inducing proliferation of vaginal cells, activating specific intracellular signalling pathways, and the in vivo efficacy of local treatment with KGF in restoring the tropism of the vaginal mucosa in ovariectomized mice were analysed. KGF can be used as an alternative therapy for postmenopausal vaginal atrophy or other dysfunctions such as dysuria, vaginal pain and / or vaginal dryness, as it is able to restore both mucosal tropism (thickness and proliferative capacity of the basal) than its lubrication.