The sixth finger is a wearable robotic device to assist or augment the human grasping capabilities. The device can be tied to different parts of the human body, such as the forearm, wrist or ankle, and when unused fits onto the body, wrapping the limb or body part on which it is worn (like a bracelet, anklet, belt). 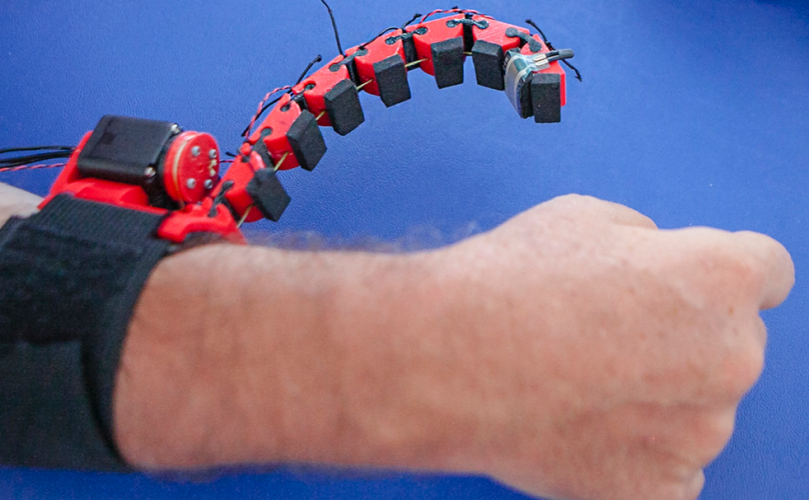 The device for enhancing a subject’s grasping capability is constituted by a belt-like support, configured to be tightly fitted about a portion of subject’s body, to which is fixed an articulated gripping element having a plurality of phalanxes serially connected to each other (comprising a proximal, intermediate, and distal phalanx) and articulated to each other by articular joints. A motor-driven actuating unit is fixed to the support, the actuating unit has a winding barrel and a tendon partially wound on the winding barrel and partially extending along phalanxes and along articular joints. The tendon is arranged in such a way that, if pulled by the winding barrel, phalanxes rotate about respective articular joints and move articulated gripping element from an extended position to a grip bow-shaped position, causing a flexion/extension movement of articulated gripping element.