The invention consists in a particular type of wheel for motor vehicles, i.e. cars or trucks, equipped with a system capable of measuring the vertical load acting on the wheel. The goal is the simplification of sensor installation and maintenance by studying its positioning. In fact, unlike other already known systems, to equip vehicles with this system it is sufficient to replace the wheel. 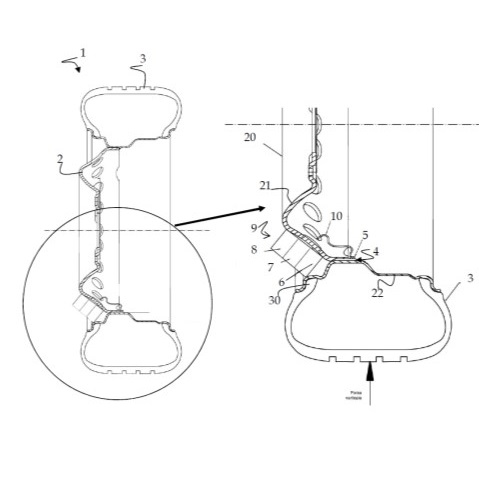 The sensor consists of a capacitor able to detect the deformation of the wheel, which generates a relative movement between two armatures of a capacitor. This movement leads to a different electrical signal emitted by the capacitor, which is sent to a module that determines the vertical load on the wheel.

This system is extremely versatile as it can be mounted on different types of wheels and it is always easy to reach also changing its position on the wheel.

The system can be easily enriched also with a tire pressure and temperature sensors, which makes the measurement even more accurate.