It is designed to be mounted as shaft’s frame and it converts shaft’s deflections into forces measurement, using sensitive plates equipped with strain gages. Scalability and sensitivity can be changed in a wide range just modifying main body dimensions or sensitive parts’ thickness. 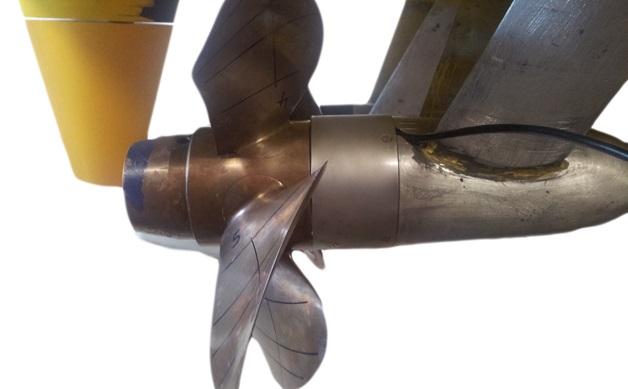 The transducer consists of a pair of independent, perforated, mechanical structures, which support the axis on which the radial load measurement is to be carried out. These supports are made in order to decouple the two components of the force and eliminate effects due to bending moments. The principle of operation of the transducer is the conversion of the deformation of some sensitive areas, caused by forces on the shaft, into a voltage signal, through the installation of strain gauges.

The device was tested in an experimental test campaign, on a scaled model of a ship, to measure the hydrodynamic loads developed by the propeller on the bearing support of the transmission axis. The activity, the results of which have been published in international journals in the sector, has brought a significant technical and scientific contribution, highlighting and quantifying phenomena not known until now.