The invention proposes a new grafting technique to induce the production of pearls from common edible bivalves, favouring the defense mechanism following the entry of a stressful agent (a nucleus or a fragment of a shell) which can result in the production of a pearl, with zero mortality rates of the animal and zero rejection rates of the grafted nucleus. 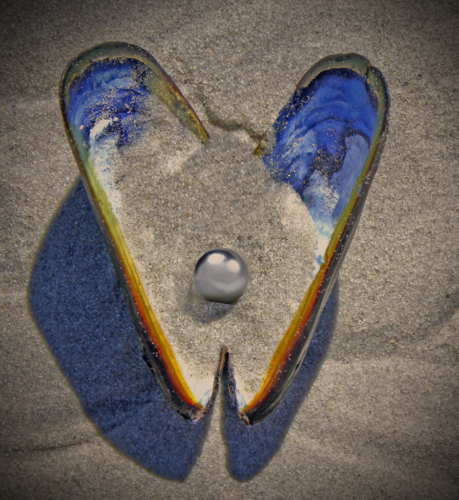 The current grafting processes used to artificially induce the production of pearls generally carried out on some species of molluscs (pearl oysters of tropical origin) present various obstacles: these methods require investing large amounts of capital for training specialists, due to the complexity of the operations involved (the shape of the pearl, the rejection and the mortality rates depends on the skill of the technician); a very long production times for the pearl (about 4 years).

The patent proposes the use of edible bivalves for the production of pearls and an easily applicable grafting technique which consists in inserting a foreign body by making a hole of about 3 mm in the shell, in a position far from vital and sensory organs and to close the hole with specific thermopolymers (poly (caprolactone) diol). The results obtained with the technique are: zero rejection and mortality rates (test on 50 individuals); a very short production times for the pearl (about 18-24 months); pearls (from mussels) with purple hues, spherical or irregular in shape and 5-6 mm in diameter. The core of the pearl is wrapped in concentric layers of calcium carbonate secreted by the mantle.