The object of this patent family is a new series of 161 oxadiazolyl-oxazolidinonic compounds, effective for use in the treatment of infections caused by Gram-positive bacteria, both multi-antibiotic-resistant and antibiotic-sensitive thanks to the improved structures of the compounds.

The present invention is based on the discovery that the introduction as ring C, in the derivatives of the antibiotic linezolid, of a heterocyclic ring is highly ameliorative in obtaining new antibiotics, whose activity is further enhanced by the presence of substitutions in the structure of the side chain C (5) of the oxazolidinonic nucleus. 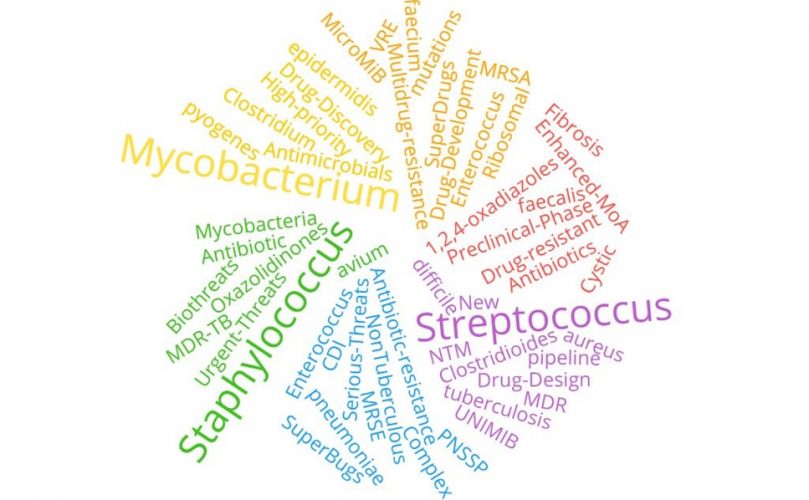 The continuous evolution of antibiotic resistance mechanisms has forced institutions such as WHO and the American CDC to prioritize bacterial species that must be eradicated with the rapid discovery, development and use of new antibiotics. Unfortunately, the scarce attention of institutional and pharmaceutical players to this issue and the reduced investments in these research does not go hand in hand with the speed with which bacteria become increasingly antibiotic-resistant.

The research that led to this family of patents focuses on optimizing one of the most recent classes of antibiotics that have been discovered. The new series of molecules protected here manages to be very active against bacteria called “SuperBugs” for their level of antibiotic resistance. Candidates for new antibiotics have been specially designed and synthesized to overcome the resistance mechanisms known to date, demonstrating excellent results in terms of antibacterial activity, certified by qualified research institutions such as NIH. The most promising compounds are currently in the preclinical testing phase.

The series of compounds can be used in the contrast of: