The diagnosis of inflammatory bowel disease is based on detection of chronic inflammation in the gastrointestinal tract. The differentiation of Crohn’s disease from ulcerative colitis is based on a combination of clinical suspicion, endoscopic and histological valuation of the mucosa. Based on Raman Spectroscopy of the stool protein extract we developed a non-invasive method for the diagnosis. 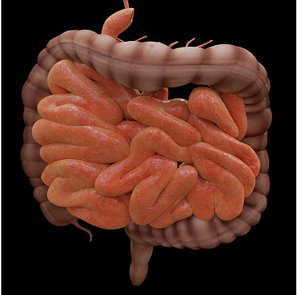 The concentration of calprotectin in feces has been shown to correlate with the disease activity in inflammatory bowel disease and to help differentiate IBD from other functional intestinal disorders. With the aim of identifying a diagnostic procedural path for IBD, in particular Crohn disease and Ulcerative Colitis, a noninvasive methodology has been developed based on the analysis of the stool protein extract of patients, using Raman spectroscopy. The analysis focused on the study of the amide region I (1550-1750) cm-1. To extract information about the protein structure, the deconvolution of the region was performed, in order to distinguish between superimposed and close bands. Four main sub-bands were recognised, centred at (C1~1617, C2~1634, C3~1663 and C4~1694) cm-1. Alterations in protein network as a consequence of the inflammatory state were monitored by evaluating the ratio R = A3/A4, where A3 and A4 represent the areas corresponding to the C3 and C4 centers, respectively. The reliability of the proposed methodology was evaluated by conducting statistical analysis by using the ROC curve and the Youden index.