A sealed device for the perfused culture of cells or bacteria both in suspension and in 2D or 3D adhesion, for the realization of perfused solutions containing parts derived from cells (for example, micro/ nanovesicles), or biological molecules (for example, proteins or isolated DNA) or even bioactive chemical compounds (for example, drugs). 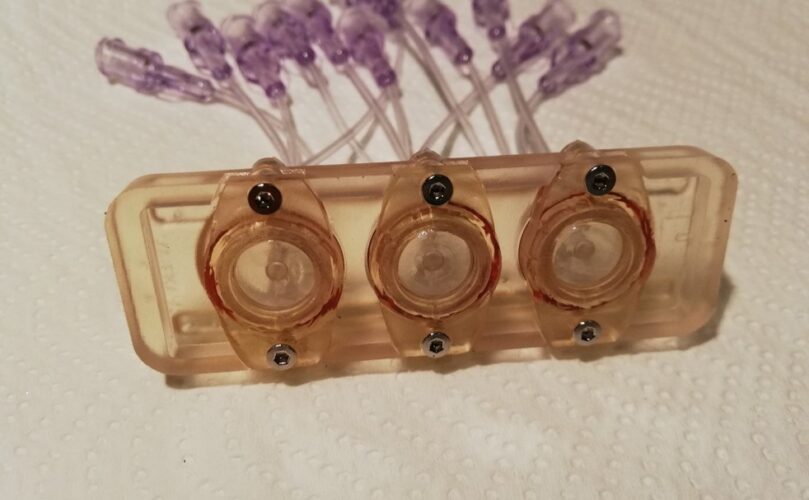 The device consists of a system hosting several culture/dilution chambers, independent of each other, extractable and achievable with different diameters/sizes. The extractability allows easy seeding of cells on both sides of the membrane, and the possibility of reusing the body of the device by replacing the used culture chambers with new chambers and sterilising the resulting device again. The chambers can accommodate a membrane, permeable or semipermeable type with different porosities or non-permeable, composed of different materials that separate the culture chamber into two hemichambers. By appropriately choosing the material and porosity of the membranes, the two hemichambers can be interconnected or independent. The technology has a TRL 3.