The present invention relates to the use of marine microorganisms for the bioremediation of environments contaminated by organic compounds such as for example polycyclic aromatic hydrocarbons and/or bisphenol A. In particular, it refers to a bacterial strain belonging to the Pseudomonas aeruginosa species, also together with a strain of Serratia rubidae and/or Shewanella algae. 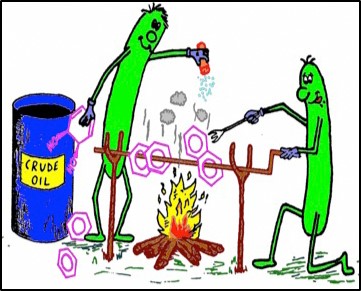 Natural events (fires and eruptions) and anthropogenic activities (oil processing, foundry activities, incineration of solid urban waste) cause the release of PAH (polycyclic aromatic hydrocarbons)-type  polluting compounds into the environment. The removal of these substances using physico-chemical approaches is a slow and expensive process and often involves the transfer of the pollutant from one matrix to another. The isolated microorganisms presented are capable of degrading PAHs into many benzene rings with the formation of simple molecules such as water, carbon dioxide, ammonium.

In the present invention new bacterial strains, deriving from the collection of contaminated sediments dredged from the Venice Lagoon, were isolated and then subjected to a selection and enrichment processes. The microorganisms isolated from contaminated sediments have been enriched in cultures containing the most common PAHs in the environment as the sole carbon source. The phylogenetic analysis showed that the isolated strains belong to the genera Pseudomonas (TES2), Shewanella (TES1) and Serratia (TEA3). The three strains were tested for their ability to biodegrade PAHs in industrial mud with a high content of contaminants, while undergoing an additional enrichment process. Under microaerobic conditions, the three tested strains were able to biodegrade up to 70% of high molecular weight PAHs present in the mud.