Method for treating organic substances and obtaining A Fertilizer

The invention consists of a cost-effective and efficient method for treating liquid effluents (i.e wastewaters, zootechnical effluents and digestates) that allows i) a significant reduction of their ammonia(NH4)-load and ii) to obtain a slow-release amendment/fertilizer (enriched NH4) designed for agricultural soils or cultivation substrates. The method present several advantages  with respect to traditional techniques, in terms of costs, efficiency and environmental protection. 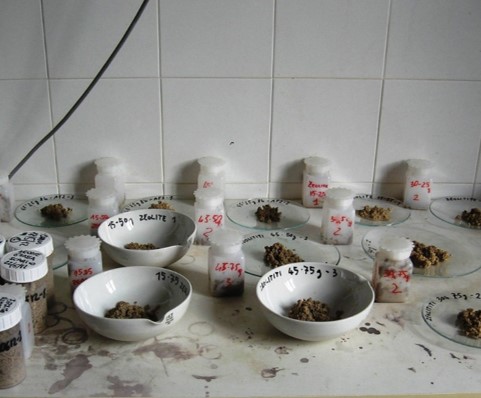 The invention consists in a method for the treatment of ammonia(NH4)-rich wastewaters, in particular liquid slurries and digestates to reduce their NH4 content and concomitantly produce a natural slow-release amendment/fertilizer, enriched in NH4.

The method consists in a mixing-sedimentation process of zeolitites (rocks containing more than 50% of zeolite minerals) with wastewaters, which determines the adsorption of NH4 by cation exchange by zeolite minerals. The process lead to a significant reduction of the wastewater nitrogen load and to the obtainment of a amendment/fertilizer. The latter is able to release, once introduced into any type of soil or cultivation substrate, water and NH4 on plant requirements, increasing fertilization efficiency and preventing nutrients dispersion in the environment.