The developed system, adapting the energy harvesting unit to the particular application, allows for making a computer mouse electrically autonomous. Moreover, the versatility of the design procedure, which combines methods for signal analysis, the modeling of the system and the optimization of the operating parameters, enables the development of devices that are suitable for a large variety of applications. 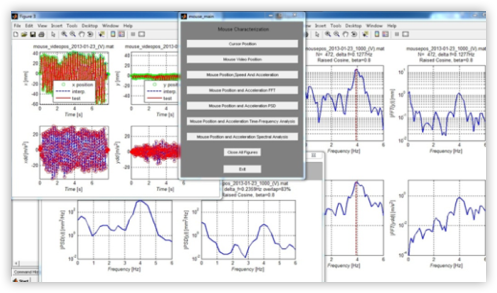 Through the recovery of energy wasted by other phenomena, the presented invention derives power from an alternative non-traditional source, the vibrational motion of an object, for transforming it into available electricity to directly feed a computer mouse. The desire to recover energy from this kind of source stems from different factors, mainly the need of reducing the electric power demand from traditional sources, such as batteries, and the necessity, if applied to other wireless devices, to make them electrically autonomous so that they can be placed in isolated positions or which are difficult to reach. The type of energy harvester considered exploits the electromechanical conversion generated by a moving magnet which linearly slides inside a coil in response to vibrational excitation. The effectiveness of the design procedure allows for making a computer mouse electrically autonomous, exploiting low energy content vibrations and remaining in the dimensional constraints typical of a standard battery.