The invention describes a communication system comprising a server and a plurality of readers and tags of RFID technology and in which local networks of RFID RAN (RFID Area Network) technology are defined, consisting of a group of readers and RFID tags with functions to perform data exchange in unicast or broadcast mode within the generic RAN, as well as a method to use RFID tags as a “communication channel” for the exchange of data of a variable nature within said communication system. 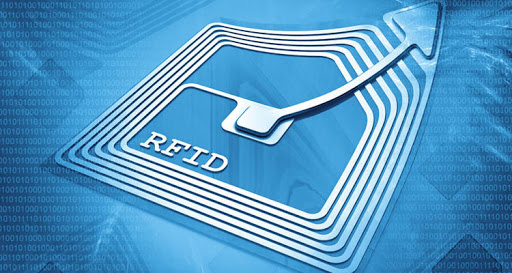 The basic idea of ​​the invention for which the patent is requested, includes the use of devices usually used for the purpose of tracking goods (in this case RFID Reader and RFID Tag) for a further purposes: for the exchange of data of different similar in nature, to what is currently the case through the use of short-range wireless communication technologies (e.g. WiFi, ZigBee, Bluetooth, etc.).

The invention foresees that this occurs through the creation of so-called RFID Area Networks (in analogy with Local Area Networks, LAN, Personal Area Networks, PAN, etc.) made up of a group of RFID Readers whose functions have been modified to allow the exchange of data in unicast or broadcast mode within the generic RAN.

A further element of novelty introduced by the invention is that within each RAN the communication channel used by the various Readers is represented by the portions of residual memory in RFID Tags present in the coverage area of ​​the Readers themselves. This defines a sort of new “virtual communication channel” whose physical means of communication is made up of RFID tags.