Autoimmune diseases affect various organs or systems and their incidence is increasing worldwide.

PTPN22 gene encode for the Lyp protein that is involved in the immune system modulation. The PTPN22 C1858T variant is associated to an abnormal Lyp expression and altered immune activity.

In human, the variant has been linked to an increased risk of autoimmune diseases and the people carrying it are 2-4 folds more predisposed to T1D. 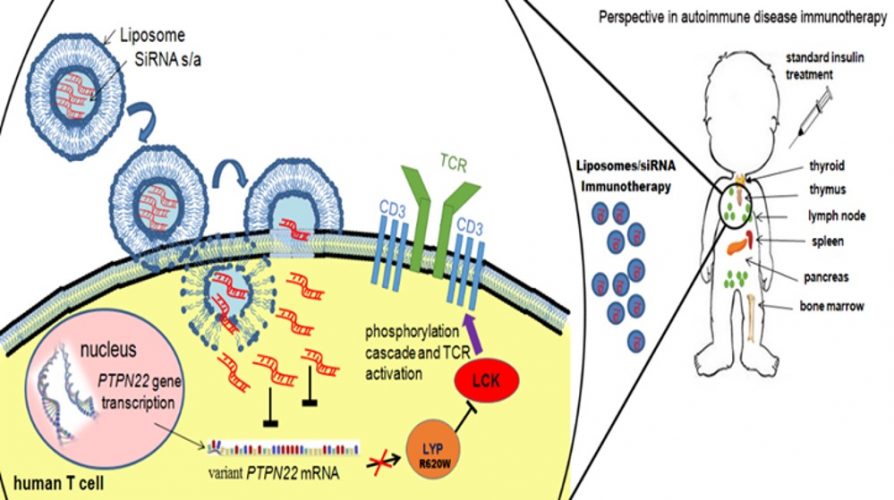 The invention concerns the creation of lipoplexes that interfere with the C1858T variant in order to bring Lyp expression to normal levels.

The generated lipoplexes are lipid carriers of short RNA molecules (siRNA).  The siRNAs, once delivered to the targeted cells, interfere with the C1858T variant reestablishing Lyp levels and thus the normal immune activation.

We proved the lipoplexes efficacy in vitro in down-modulating Lyp expression in peripheral blood cells of  T1D patients and monitored in vivo their biodistribution in mice.