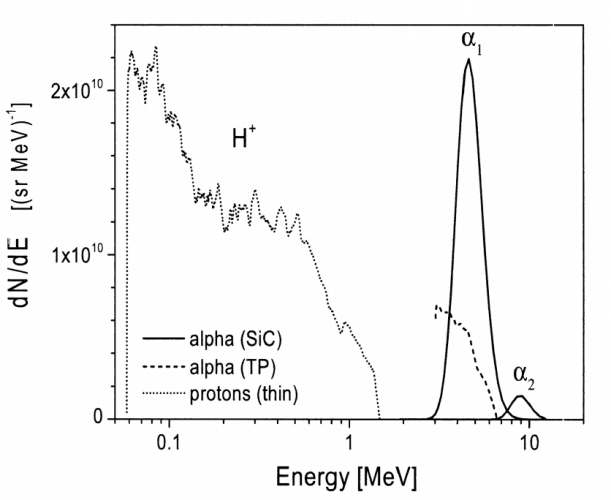 The invention describes a system, a method and a target for producing nuclear fusion reactions. A laser is used to irradiate a particular kind of target by a single temporally shaped laser pulse comprising a pre-pulse and a main pulse. The pre-pulse is used to generate a first plasma in front of the target. The system is configured such that this first plasma is capable to focus the main laser pulse onto the target, i.e. to reduce the focal spot size compared to the first or pre-pulse. The plasma initiates a so-called self-focusing of the main laser pulse onto the target. The focused main laser pulse can then be used to accelerate first particles such that these accelerated first particles produce nuclear fusion reactions with second particles contained in the target.

With respect to  conventional systems for induction of nuclear fusion reactions, the proposed system features a very simple experimental set-up which is able to efficiently induce a large  variety  of exothermic fusion reactions.