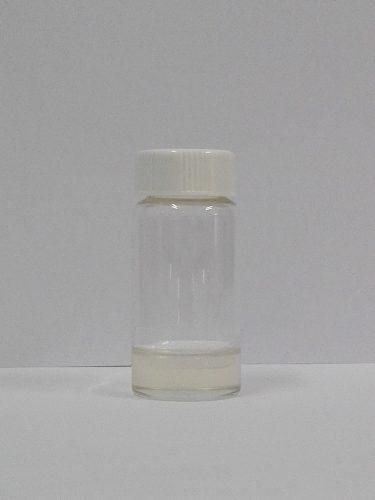 Organic solvents are inherently flammable, volatile and, consequently, potentially harmful to the user and the environment. The present patent relates to a salt, called ionic liquid which, even below room temperature, is liquid. Ionic liquids are non-volatile and non-flammable fluids, which display interesting properties (solvent power, chemical/electrochemical/thermal stability, ion conduction, high specific heat, hydrophobicity/hydrophilicity). Therefore, they are considered alternative, reliable and safe solvents to the organic ones. The patented ionic liquid consists of a tetra-alkyl-phosphonium cation and a perfluoro-alkyl-sulphonyl-imide anion, proposed as a solvent and/or electrolyte additive for electrochemical devices and, in particular, lithium batteries. It is able to combine thermal (> 250 ° C) and electrochemical (> 5 V) stability never observed in commercial ionic liquids. Therefore, it would allow the batteries to operate at higher operating voltages than the commercial ones, allowing to increase the energy content of the device, in conditions of safety and reliability, even at high temperatures. The patented ionic liquid can be prepared through synthesis routes which use water as the only processing solvent and used in combination with traditional organic solvents and polymer materials.