The invention concerns a biomimetic hydroxyapatite doped with Fe2+/Fe3+ ions (FeHA) characterized by intrinsic magnetism due to the formation of magnetic nano-domains within the crystalline lattice. The FeHA can act as a carrier to transport and release biological substances or drugs in nanomedicine, by contrast in diagnostics or as a stimulus in bone regeneration. 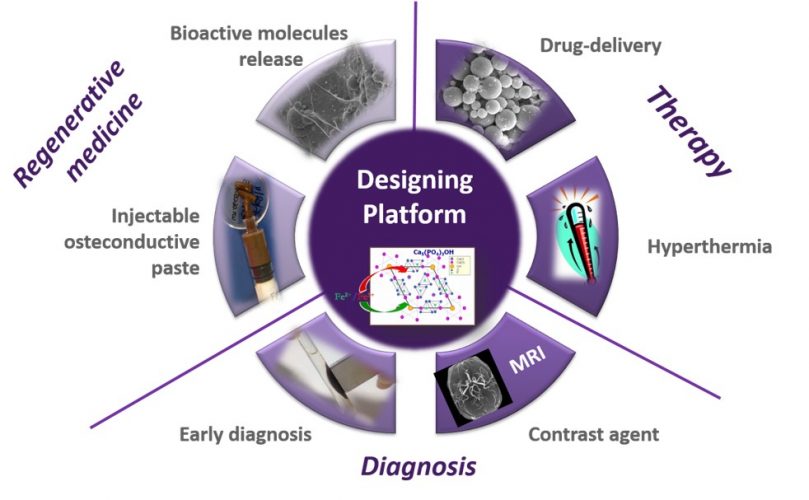 The invention concerns a hydroxyapatite (HA) doped with Fe2+ and Fe3+ ions which partially replace calcium ions in the crystalline lattice. Hydroxyapatite is characterized by an intrinsic magnetism between 0.05 and 8 emu/g, measured by applying a magnetic field of 34 Oe, due to the presence of magnetic nano-domains within the HA crystalline lattice. Intrinsically magnetic hydroxyapatite can be loaded with biological substances chosen in the group of proteins, genes, stem cells, growth factors, vascularization factors, active biomolecules or drugs and employed, under the control of an external magnetic field, as a carrier to transport and release biological substances or drugs, as a means of contrast in diagnostics or to stimulate bone regeneration.