INHIBITORS OF T CELL ACTIVATION OR STIMULATION AND USES THEREOF

Heart failure (HF) is a leading cause of mortality. Inflammation is implicated in HF, however clinical trials targeting pro-inflammatory cytokines in HF have been unsuccessful, most likely due to the redundant functions of individual cytokines making them non-ideal targets (Fig. 1) . However, there remains an urgent clinical need to identify and develop new and better therapies for HF. 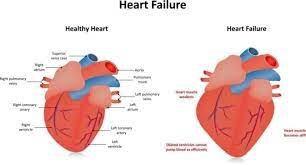 We identified, via immunophenotyping at different stages of the disease, an association between the presence of T cells (the population of immune cells that mediates chronic and specific responses) and heart failure (HF), both in experimental models and in human HF patient biopsies. On the basis of this finding, we then utilized an FDA-approved drug, Abatacept, that interferes with T cell function by blocking T cell costimulation, to treat experimentally-induced HF. Treatment resulted in a block of progression of HF, in a manner 300% more efficient than current standard drugs (beta-blockers) targeting cardiac disease (Fig. 2,3). The treatment was able to block disease even when administered late in the progression of disease (Kallikourdis et al, Nature Communications 2017).