INHIBITORS OF PROTEIN_PROTEIN INTERACTION OF THE SHP2 PHOSPHATASE

Peptides and peptidomimetics for the inhibition of the protein-protein interactions of the SHP2 phosphatase, which is a crucial node in several signal transduction pathways. Applications include therapy against several malignancies and RASopathies, cancer immunotherapy, and the use as a molecular tool in biomedical studies of intracellular signalling, at the cellular level. 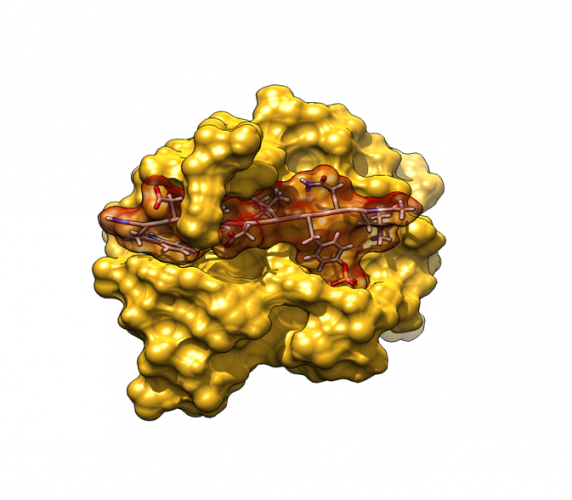 SHP2 is a pivotal molecular target in the therapy of cancer and of some rare diseases (Noonan syndrome and Noonan syndrome with multiple lentigines). Drugs inhibiting its catalytic site, or an allosteric site are poorly selective, or ineffective on mutant forms of SHP2. The phosphatase contains two domains, termed SH2, mediating its association with other phosphorylated proteins. This process is essential for the activation of the signal transduction pathways in which SHP2 is involved. The short peptide-based molecules described in the patent bind to the N-terminal SH2 domain, with high affinity (nM dissociation constants) and specificity, preventing SHP2 association to its signalling partners. Importantly, the patented molecules are particularly effective against mutated forms of SHP2 causing leukaemia or Noonan syndrome, which have an enhanced affinity for interacting proteins.