The patented “RESCUE” technology is a biodegradable vascular prostheses made of polymers and functionalized with bioactive molecules. The procedure to fabricate them includes the preparation of the polymeric solution by dissolving two polymers in adequate organic solvents, the electrospinning of the obtained solution, and the engineering of the prostheses. 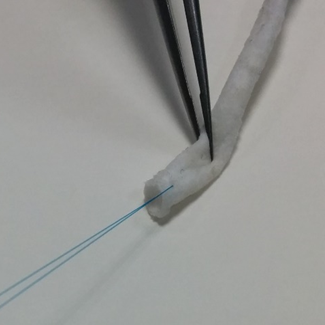 Polymeric, biodegradable, and engineered bioprostheses, are an innovative tool in vascular surgery since, unlike the prostheses currently used, once implanted, they replace temporarily a damaged vessel stimulating its regeneration. The bioprostheses, presented in this patent, with inner diameter lower than 6 mm, are fabricated by mixing two polymers and are functionalized with bioactive molecules, such as antioxidants and transdifferentiating proteins, and they are able of modulating the post-surgery inflammation and of inducing endothelialization of the implanted construct. These bioprostheses are characterized on a lab-scale highlighting their properties: they are made of micrometric fibers, they exhibit a good biodegradability over time, they show good mechanical properties, they present a good release of the bioactive molecules, and they are biocompatible and hemocompatible. These engineered bioprostheses could be considered as innovative medical devices capable of bypassing the limitations that modern synthetic prostheses exhibit.