The patent describes to a laser writing method aimed at the formation of nanoparticles (NPe) with red and green emission. The invention includes a new chemical formulation and methodology for the synthesis of cadmium tellurate (CdTe) nanoparticle patterns within a matrix, for example a polymeric matrix in the form of a film or an inorganic matrix. The methodology uses laser light and a specific chemical formulation. 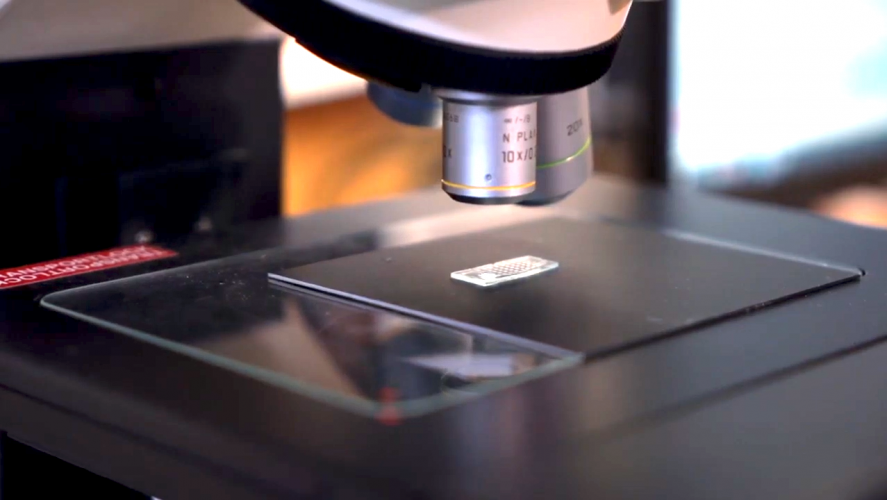 The patent was developed with the aim of forming patterns of luminescent semiconductor nanoparticles using a simple, fast, economical and scalable method at an industrial level, namely direct laser writing. The patent describes how to obtain a matrix of micrometric emissive areas (of any shape) formed by the fundamental colours, red, green and blue (RBG) obtained from the nanoparticles, modulating the chemical formulation of a polymeric layer that hosts the nanoparticles and parameters lasers used in the writing process.

The innovative process makes it possible to obtain an RGB matrix, which represents the conversion filter used for the creation of ‘quantum dot displays’, i.e. quantum dot screens that can be used on smartphones, smart glasses and cameras. Thanks to the optical properties related to the colour quality of the nanoparticles and the versatility of the laser technology, which also allows the rapidity of implementation, in fields of application of photonics, involving the manufacture of displays, such as TV screens, mobile phones, augmented reality etc., it is possible to reduce the costs of the individual components made with current technologies.