Device for the reimplantation of ovarian tissue

Patients waiting for cancer therapy with risk of suppression of ovarian function are currently undergoing biopsy of ovarian tissue for cryopreservation and, at the end of chemo- and / or radiotherapy, may sustain reimplantation of the previously collected tissue, with restoration of hormonal and gametogenic functionality. At the present time the ovarian tissue is reimplanted in the orthotopic area (ovarian fossa) by laparoscopy or in heterotypic area (in the subcutaneous tissue) by laparotomy. In both cases,  tissue reimplantation required the patient to submit to surgical procedures with general anesthesia, and subsequent hospitalization. The invention proposed, consists of a minimally invasive surgery device for the release of previously removed endocrine tissue allowing the restoration of ovarian function in women who underwent cancer therapy. 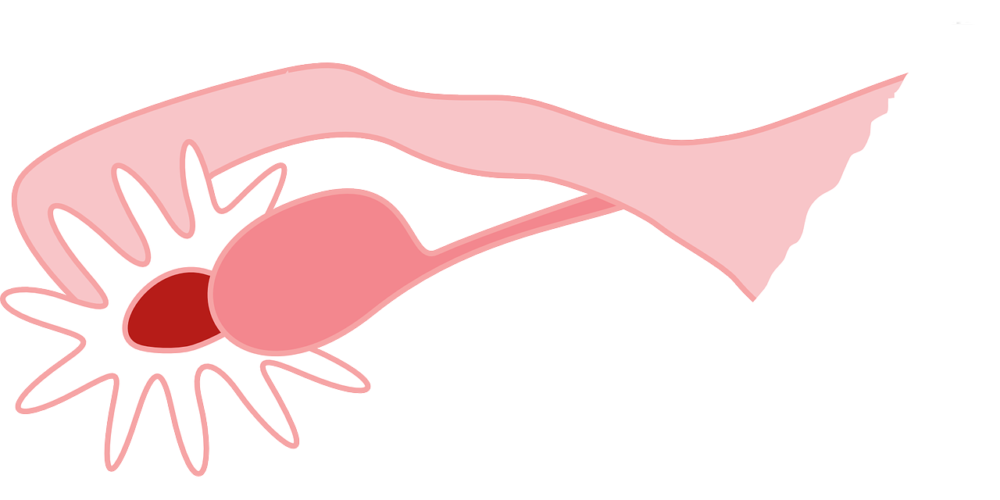 The innovative device is equipped with concentric jackets that allow reaching the chosen site for the reimplantation and atraumatic release of the tissue and its culture liquid. This innovation would make it possible to overcome the laparotomic approach currently in use for heterotopic reimplantation of ovarian tissue, using a percutaneous approach. In case of orthotopic reimplantation, the device could be used laparoscopically, thus allowing to perform only two laparoscopic accesses compared to the 4 accesses currently used, or percutaneously with a laparo-assisted approach, thus allowing to perform a single laparoscopic access for the introduction of the video-optical system at the umbilical level.