Device for tensile test on nanomaterials 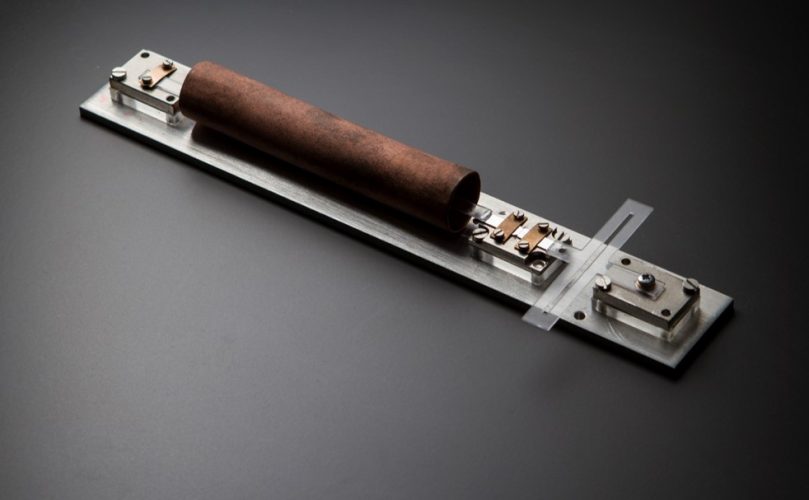 The device is based on an innovative setup for performing tensile tests on nanomaterials, such as microfibers, ultra-thin films, including monoatomic layers such as graphene. In order to determine the mechanical properties of nanomaterials, the device requires a nanomaterial sample to be fixed onto a substrate, which is mechanically connected to an actuator on one side and to a sensor on the opposite side. The substrate is configured to generate a fracture line thereof in a predetermined position to divide the substrate into two parts, of which a first part is connected to the actuator and a second part is connected to the sensor, allowing a relative movement between the actuator and the sensor.