Dosimetric device made of Silicon Carbide consisting of a detector system, in a monolithic structure, able both to identify the type of radiation and to measure the dose released on thicknesses or micrometric volumes. The extreme versatility of the technology makes it suitable both for classic dosimetry, and microdosimetry, as well as medical imaging applications. 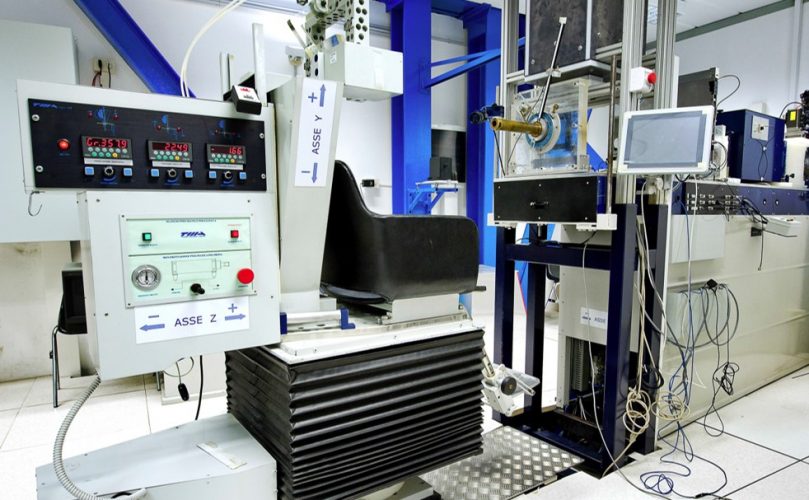 In the clinical field, the characterization of radiation beams for radiotherapy treatments is carried out using instruments that provide a dose measurement. Currently these devices are not able to determine the amount of energy released at the cellular or sub-cellular level, rendering their application ineffective in those fields in which radiobiological evaluations are fundamental. This invention overcomes the state of the art by a dosimeter consisting of a detector system, called a telescope, capable of identifying the type of radiation and measuring the released dose on thicknesses in the range 2-100 µm and/or micrometric volumes. The presence of silicon carbide, an extremely resistant material to radiation damage, is one of the strengths of the device. Moreover, the integration of these microdosimeters in two-dimensional structures makes their use possible also in imaging applications.