Device for homogeneous and repeatable sampling of chewing boluses

The invention relates to the study of the chewing function, which is carried out by analyzing a chewingum, made by two components of different colours, which images (after a chewing cycle) are analysed by software. In current methods, bolus compression is performed in a non-repeatable manner. It is also necessary to use a scanner, because images obtained with a camera would be affected by ambient light, sample distance and inclination. The invention is a tool that allows both bolus compression and image acquisition via camera to be carried out in an objective and repeatable manner. Furthermore, it eliminates the need to use a desktop scanner resulting in a smaller footprint. 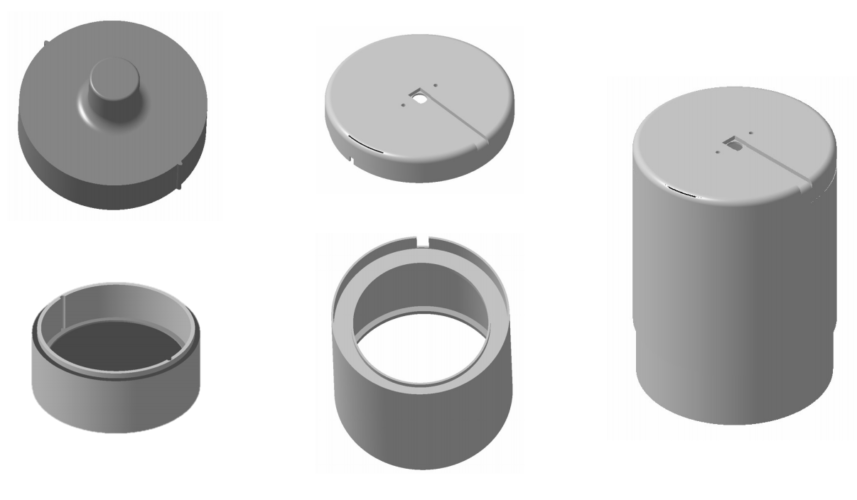 In current methods, the chewingum bolus, after chewing, is usually compressed to a thickness of 1 mm, with a simple template, squeezed by hand or foot, then its front-to-back image is acquired with a scanner.

Our invention consists of a base, in which a press with an anti-rotation key is first inserted. The aim is to obtain samples to be analyzed that have physical homogeneity (constant thicknesses), without possible physical distortions due to the rotation of the bolus compression device. Then the press is removed from the base and the light-box (in PLA bioplastic), consisting of a cylinder and cap, is inserted into the base itself. The cylinder has a led ring, installed on a suitable support, which allows a homogeneous and repeatable lighting of the bolus. On the cap there is a wireless camera housing, with hole, for image acquisition. The instrument as a whole therefore also has a much smaller footprint than a system (scanner connected to a PC) or a wireless multifunction.