Apparatus suitable for the determination of the kinetic parameters of heterotrophic and autotrophic populations and therefore of the respiration rate (algal, bacterial, etc.) and of photosynthetic oxygen production, to be carried out in situ or in the laboratory on water samples containing algae, planktonic material, macroalgae and some macrophytes. Moreover, it allows to determine the kinetics of low concentrations of BOD. 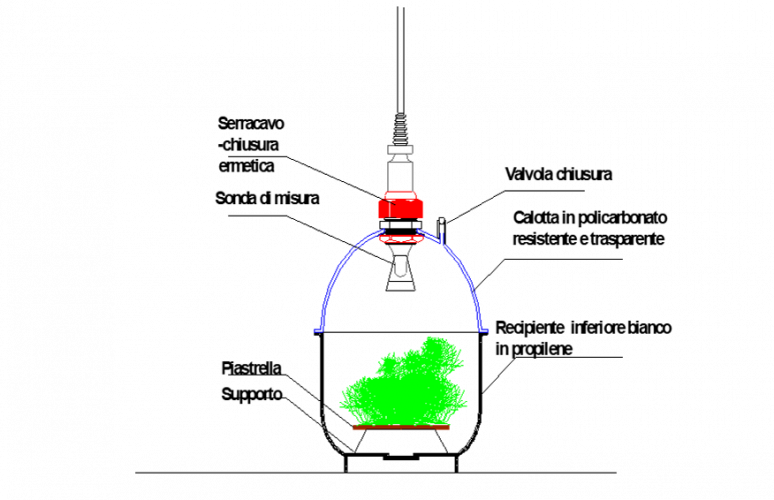 The solubility of oxygen in water is limited. The greatest contribution to oxygen production is due to photosynthesis performed by the phytoplankton mainly consisting of green algae and some Chromonta divisions. This apparatus allows to solve a serious analytical problem, which characterizes the current mathematical models based on solar radiation, for the determination of oxygen production and consumption. Furthermore, the aerobic or «breathing» biological processes that take place in bodies of water distant from the point of discharge, due to the modest presence of available organic substances, are generally characterized by very low oxygen consumption (BOD) rates. The current devices are not very sensitive to low concentrations of BOD. This device allows to determine the kinetics of low concentrations of BOD. The apparatus is equipped with an internal support that allows the lodging of filamentous algae and macrophytes.