The  invention relates a power plant which produces in a flexible way electricity and thermal energy, using mass flow regulation and thermal energy storage systems in a closed Joule-Brayton cycle. The plant can operate following the electric and thermal demands, allowing to distribute high quality energy when is requested by the grid. 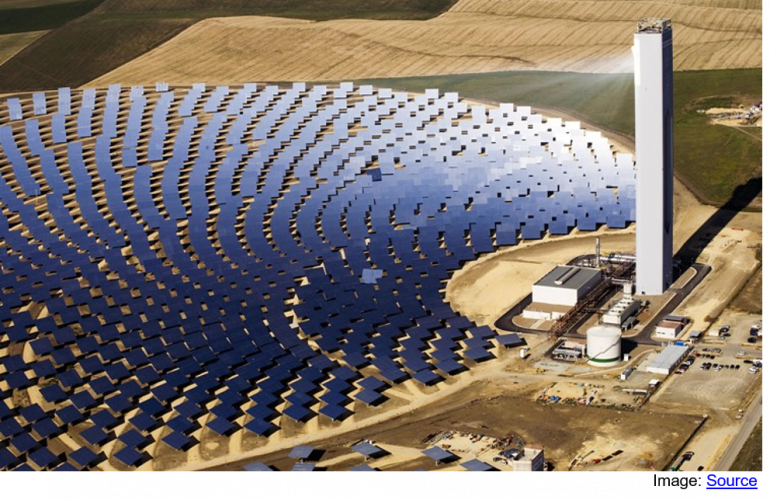 The concentrated solar power plants are generally used to satisfy the base load of the electric grid. The proposed plant has the peculiarity to follow the thermal and electric demand, producing energy also during night hours. The system is composed by a main compressor (A), a solar receiver (B), a turbine (D), an electric generator (E), and a heat exchanger (L) operating at low temperature. The plant is characterized by the use of a storage system (C), placed in parallel to the turbine, and by thermal consumers, consisting of a heat exchanger (F) and an absorber chiller (G), which can operate in parallel or separately. The mass flow regulation system is driven by an auxiliary compressor (I) and by a bleed valve (H), controlled by temperature sensors of the fluid leaving the receiver.