The measurement of the solar-induced fluorescence of chlorophyll (SIF) is one of the frontiers of research in the agro-environmental field. To date, there is no calibration method for SIF measurement systems. Our invention consists of a target capable of simultaneously reproducing the radiance, reflectance and fluorescence response of a vegetation cover. 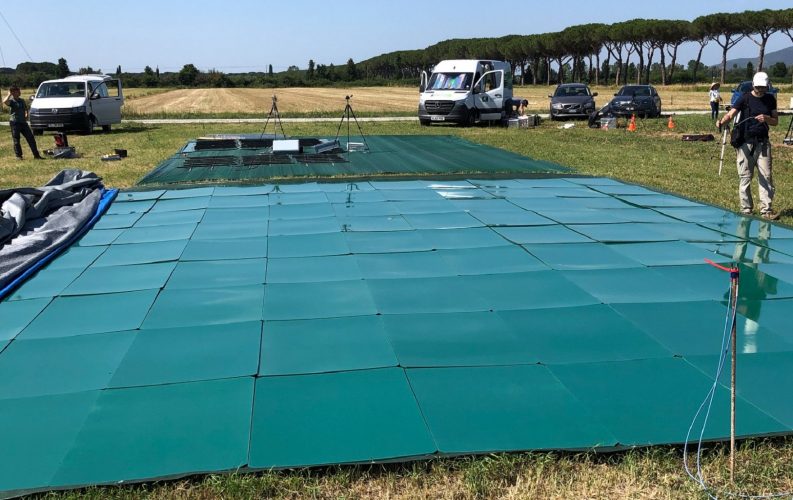 The conceived target consists of a multi-material, formed by two superimposed pigmented layers, each of known and commercially available material. The first layer, obtained by mixing a camouflage pigment with an acrylic or nitric solvent paint, simulates the reflectance of the vegetation, while the second layer, transparent and superimposed on the previous one, is obtained by dissolving a fluorescent “dye” in a two-component epoxy resin in order to reproduce the fluorescence spectrum. At the end of the hardening phase (polymerization) the external surface to be exposed to sunlight is smoothed to make it opaque in order to avoid variations in reflectance as the angle of incidence of sunlight and the position of the sensor varies. Tests conducted in the laboratory and in the field have shown spectral response very similar to that of a real vegetation cover, characterized by photochemical activity both in terms of radiance, reflectance and fluorescence.