The invention refers to a robotic branching device (bed mover) for the motorized transport of hospital beds, possibly with a patient on board. The device is characterized by a particular L-shaped asymmetric structure, which makes the device less cumbersome (due to the small footprint) during use and when parking. 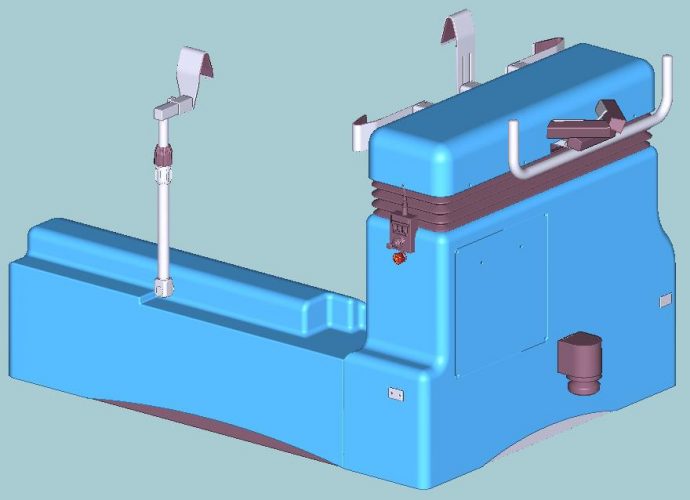 A system of steering-motor wheels, when properly controlled, gives the machine holonomic movement: it is able to directly control the three degrees of freedom that characterize its position on the plane (translation along two axes plus rotation). This contributes to the manoeuvrability of the bed mover even in cramped rooms (hospital rooms, elevators).

A laser sensor and three 3D cameras are positioned at the front. The artificial perception system that makes use of these sensors is able to guide the operator in the manoeuvre to avoid colliding into people and surrounding objects, including those not placed on the floor, such as fire extinguishers or lockers (frequently present hospitals). The invention is designed to be attached to a hospital bed and is equipped with its own wheels that rest on the floor. It is also equipped with a very simple interface and controller that allows its use even by unskilled personnel.