Therapeutic target: VEGFR-1, a membrane receptor for blood vessel growth factors (angiogenesis) of the VEGF family that has an important role in angiogenesis associated with cancer and other inflammatory diseases. This receptor is expressed in cells that line the blood vessels, in cancer cells and in some types of “bad” immune system cells that contribute to disease progression.

Selective inhibition of VEGFR-1 by the antibody D16F7 produced and patented by us: a) prevents the formation of blood vessels in the tumor and the generation of metastases, with less systemic toxicity than the most commonly used anti-angiogenic therapies; b) reduces the aggressiveness of the tumor, decreasing its ability to evade control by “bad” cells of the immune system; c) it could have a therapeutic potential also in other pathologies characterized by excessive angiogenesis and inflammation (e.g., pathologies of the retina and joints). 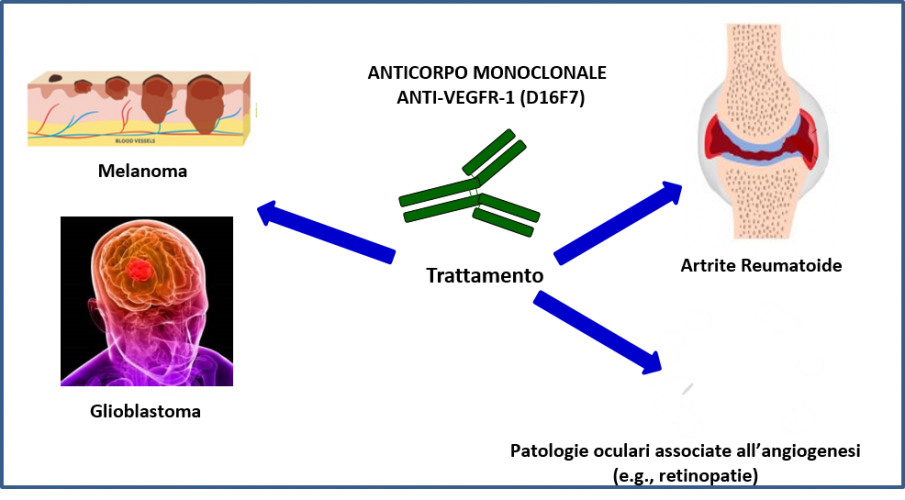 The monoclonal antibody D16F7 is the prototype of a potential biological drug that inhibits VEGFR-1 through a new mechanism of action that allows it to act at different levels in the treatment of very aggressive tumors (eg, melanoma and glioblastoma) and other diseases inflammatory.